Jacques Papenfus the founder of Moeggesukkel has been actively involved in feeding schemes for the past 20 years. His passion and love for the poor and broken comes from a background where he personally had to overcome many hardships and struggles in life.

At the age of 9 years old, as a family they went on holiday during the Christmas festive season to the coast in Durban. After a lovely holiday on their way back, his dad experienced a fatal heart or epileptic attack whilst driving the family car, rendering him unable to drive or control the vehicle in any way, culminating in a horrible crash on one of the country’s busiest highways. The family vehicle jumped the middle man of the highway and went straight into the oncoming traffic from the opposite direction, where their vehicle smashed into another vehicle in a head-on collision. It was a horrible crash and tragically this accident caused the death of all his closest family members, including his father, mother, two brothers and little sister.

At a later stage in his life, life started making sense. Even though the most important people whom he cared for since his birth were gone, he still had the most important thing in life left, the opportunity to make a difference. At the age of 18 he started feeding programs for the homeless, destitute people who live on the streets of the City of Pretoria in South Africa. Soon this became a lifestyle for Jacques where most of his energy was aimed at helping the next person in line. Through helping other people, he was actually helping himself to heal, again finding a real purpose in life.

Through his faith and relationship with God he discovered that there is much more to life … no matter what he lost, he now had an opportunity to change his future, and the future of so many others who had nothing left to live for.

Find Out How You Can Help 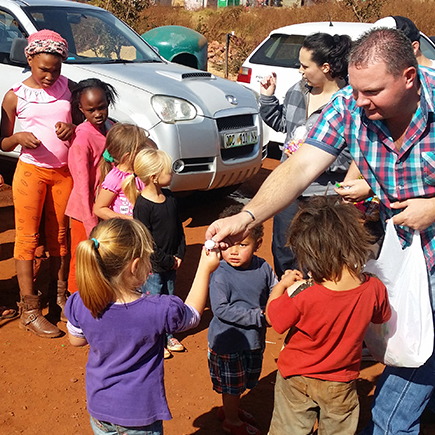